Skip to content
Gifts are an important part of building relationships but did you know you could actually offend someone if you did not present the gift in a certain way. It is a good idea to do some research when giving gifts to people of other cultures.
Below is a compilation of some useful advice I gathered from the internet. Please do add to the list any particular traditions you may have come across. After all the intention is to spread love through gifts not cause offence. Right?
Experts say that “giving gifts is a surprisingly complex and important part of human interaction, helping to define relationships and strengthen bonds with family and friends.” It’s an evolutionary trait that even the earliest humans participated in. While the tradition of gift giving is universal, there are some specific cultural rituals. Here are some international, gift giving traditions that may surprise you:
So whether you’re at a business meeting in Seoul or visiting a friend’s home in a small village in Provence, there are destination-specific guidelines you can (and probably should) follow to offer and receive gifts without causing offense. Here are some traditions to be aware of on your travels.
Insist a little China, Singapore, Taiwan, South Korea, and Japan
In many countries in East Asia, when offering a gift, you should expect to be refused once, twice, or even three times. This is done to avoid seeming greedy or impatient. If you’re being offered a gift in one of these places and want to be polite, you’re well advised to do the same. Also, when the person finally accepts, you’re expected to thank them.
Hand it over with care India, Africa, the Middle East, and East Asia
In Asia and the Middle East, how you handle gifts is very important. In India and the Middle East, the left hand is considered unclean so use your right hand to give and receive gifts (unless they’re so heavy two hands are required). In East Asia (China, Thailand, Vietnam), always offer or accept a gift with both hands, palms up.
Give gifts as a thank-you Asia, Russia
Throughout Asia, gifts are given to show gratitude after receiving a gift and as a thank-you for hospitality. In Russia, thank-you cards are thought of as impractical; send a small gift to your hosts after a dinner or overnight stay instead.
Leave sharp objects at home East Asia, Brazil, Italy, Peru, and Switzerland
In more countries than you might imagine, scissors, knives, and basically anything pointy or sharp represents the severing of ties and relationships—a gesture you’d probably prefer to avoid if you’ve gone to the trouble of buying and wrapping a present.
Avoid taboo objects China, Hong Kong, Italy, Japan
In China, don’t give someone an umbrella—it means you want the relationship to end. Also avoid giving a green hat; in China and Hong Kong, they communicate the decidedly unfriendly message that your wife is cheating or your sister is a prostitute. Straw sandals, handkerchiefs, and clocks are also taboo in these two cultures because of their association with mortality. Skip brooches and handkerchiefs in Italy for the same reason, and in Japan, forget about handing over a potted plant as a hostess gift—it’s thought to encourage illness.
Pick a lucky number Asia, Europe
When you’re gifting multiples of flowers, money, or chocolates, always be sure to steer clear of unlucky numbers. In East Asia, even numbers are lucky. Number four, which has the unfortunate luck of sounding like the word for death in many Asian languages, is an exception. On the other hand, odd numbers, with the unsurprising exception of 13, are locals’ choice in Europe and India.
Wrap it up Everywhere
Etiquette experts from around the world agree that gifts should always be wrapped. That said, the symbolism of colors varies from country to country. Avoid white, black, and blue gift wrap throughout Asia, as they’re associated with mourning. And while yellow paper is cheerful and appropriate for celebratory gifts in India, in China it’s covered in black writing and used exclusively for gifts to the dead. In South America, black and purple are eschewed because of their association with death and religious ceremonies, and in Italy purple is simply considered unlucky. To avoid any of these faux pas, have gifts wrapped by a pro in your destination. Color, folds, and ribbons aren’t just an important element of presentation—in many cultures they’re symbolic and the wrong wrapping could send the wrong message.
No gifts, please Yemen, Saudi Arabia
In these countries, receiving a gift from anyone but the closest of friends is considered embarrassing. If you do happen to have a best buddy from this part of the world, expect to have any gift you give thoroughly examined—it’s a sign of appreciation and respect for the gift and giver, who’s expected to carefully select the best quality available. For men, don’t give anything made of silk or gold.
Source:
https://www.afar.com/magazine/the-d…
We live in a world full of countries and cultures that possess fascinating and downright bizarre gifting traditions. Did you know, for example, that Santa Claus originates from a small town in Turkey and not a grotto in Lapland? And were you aware that, in rural Soviet Russia, the most valuable gift you could give someone was a piece of firewood? Humans are a curious species, and our interactions and gestures of goodwill provide some good examples of that.

In Zimbabwe, it is not uncommon to be directly asked for a gift. When one has been bought even without requesting it, the worst you can do is to refuse the offering, even if the family giving is starving. Also, gestures of thanks are preferred over verbal reciprocation. These may include jumping up and down, dancing, or whistling.
https://trulyexperiences.com/blog/2…

One thought on “Gift giving traditions around the world” 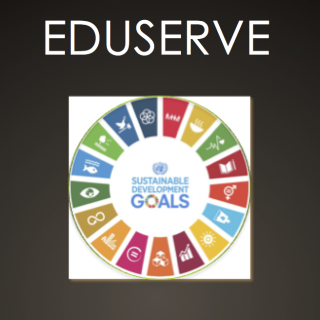