There are times in our lives when we feel down, aches and pains seem to envelop us. There is no energy or will to move on. However, life has to go on and only we can actually get ourselves out of this dismal state. The top 5 things that helped me to move on in dark times are ….

1. Forgive those who have hurt you

Definitely not easy, it takes a lot of strength to actually overcome that negativity and trauma. However, it has become my no.1 survival technique. I forgive not because I am selfless and have a big heart but because I cannot carry that heavy baggage around. Unless I put aside that baggage, I am unable to see the road ahead. Makes sense? .. Try it you will definitely feel much lighter and stronger.

2.  Stop living in the past

How can we ever see a new future when we constantly think, complain about or dwell in the past. What happened earlier, happened for a reason. Learn from the challenges and mistakes and start a new chapter in your life. Your life is what you make of it. Follow your dreams, life is too short to be wasted in self-pity and anger.

3.  Look after your well-being

Eat well, sleep well, exercise daily. A healthy body develops a healthy mind, it keeps you energised and charged to take on whatever life throws at you. Meditate, pray, practice mindfulness .. spend sometime on emotional and spiritual well-being.

4. Stay away from negative people

We absorb the energy of the people around us. Surround yourself with people who make you feel confident and happy and stay away from those who only put you down. Learn to differentiate between sincere advice and criticism from  a good friend and judgmental callous remarks from others.

Every single day, every moment of our lives we have so much to be thankful for. Develop an attitude of gratitude by focussing on what you have not what you don’t have. See the shift in your mood when instead of complaining for the electricity or gas bills of your home you feel grateful that you have a home to go to, unlike countless people who are homeless. Every breath you take naturally, every step you walk on your own is a reason to be grateful for your health. Try thinking of at least three things to be grateful for each night you go to bed and you will surely be blessed with good sleep and a fresh start in the morning.

What strategies helped you survive the dark times? Is there anything you wish to add to this list?

Coaching can help you overcome the barriers that are weighing you down. A coach can be your mentor and confidante who keeps you focussed and helps you achieve your dreams.  For details contact me or book a complementary Discovery Call on our Facebook page @thesparklingnewyou. 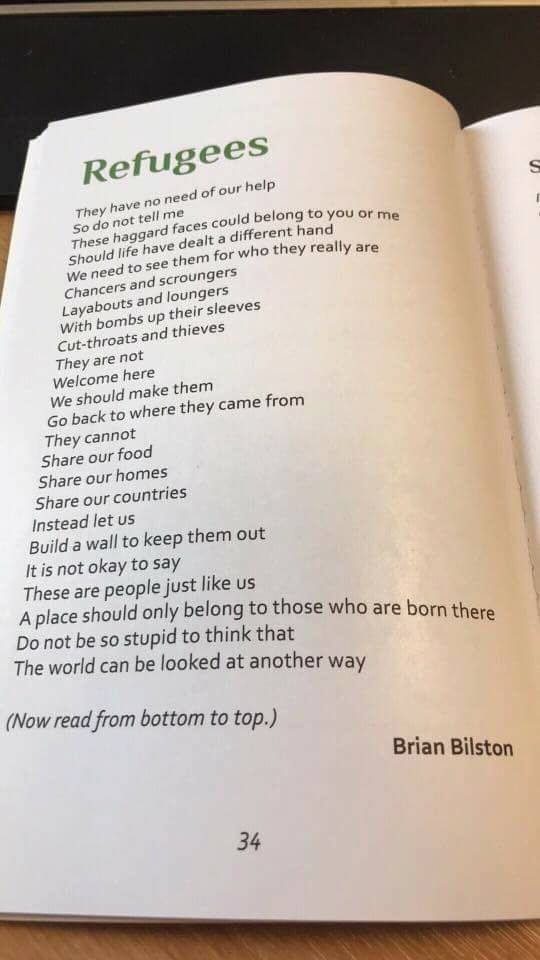 June 20 is marked as the UN Day for Refugees. Most people are know about refugees but seldom do people know the full story. What people know is mostly fed to them by the media. We are led to believe that the world is now dealing with a refugee crisis, the fact is that Refugees and asylum seekers constitute roughly 10 per cent of all international migrants

We need a shift in the way we see migrants,unfortunately the media mostly portrays them as destitute persons who are a burden on the local resources and social services. The fact is migrants make significant contributions to both their host and home countries. 48% of these migrants are women who send a higher percentage of their earnings back home.  However this positive growth is not reflected because of political reasons and penalising asylum policies,  Global goals targets include Protecting labour rights, Facilitate orderly, safe, regular and responsible migration and mobility of people, reduce costs of migrant remittances , End abuse, exploitation, trafficking

Migration is a powerful poverty reduction tool, which can contribute to the achievement of the SDGs

Labour migration can reduce poverty for migrants themselves, their families, and their origin and host countries.

Migrants and their families benefitfrom increased income and knowledge, which allows them to spend more on basic needs, access education and health services, and make investments – directly impacting SDG 1, SDG 3 and SDG 4.

To reap the positive effects of migration we need to

SDG 8.8:Protectlabourrights and promote safe and secure working environments for all workers, including migrant workers, in particular women migrants, and those in precarious employment.

10.7: Facilitate orderly, safe, regular and responsible migration and mobilityof people, including through the implementation of planned and well-managed migration policies. ……..Humanitarian visas

10.c: By 2030, reduceto less than 3% the transactioncosts of migrant remittancesand eliminate remittance corridors with costs higher than 5%.

SDG 16.2:End abuse,exploitation,traffickingand all forms of violence against and torture of children.

What can we do to change the narrative?

Are you a pussy cat who sees themselves as a lion? or a lion who appears to be a pussy cat? How realistic are your perceptions of yourself?

In Zimbabwe, it is not uncommon to be directly asked for a gift. When one has been bought even without requesting it, the worst you can do is to refuse the offering, even if the family giving is starving. Also, gestures of thanks are preferred over verbal reciprocation. These may include jumping up and down, dancing, or whistling.
https://trulyexperiences.com/blog/2…
May 20, 2018 1